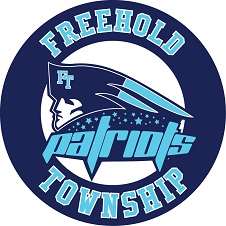 The big returners for the Patriots are down low. Sophomore Avery Clarke is coming off a terrific rookie season that saw him win the District 24 Title, and finish just one win short of a trip to Atlantic City. He, along with 23-match winner Justin Schifter, who finished 3rd at Districts, and 17-bout winner Hector Santiago are proven talents and provide experience in what will be a very young group of lowerweights.

Returning in the middleweights are senior Christian Mangini and junior Evan Savino. Both are looking for big seasons in the middle for the Patriots. Keep an eye on Savino, who wrestled a tough schedule and had a lot of close losses against tough competition, to potentially have a big turnaround season with the year of experience under his belt. Junior Chase Carlucci is another wrestler that saw some varsity action last year and is looking to have a breakthrough year.

As mentioned, the bulk of the graduation hit occurred in the upperweights. Nick Ernst can provide senior leadership to what will be an otherwise an entirely new set of starters. The Patriots are hoping for big things this season from several of the newcomers, including juniors Jarrid Markowitz and Sean Fallon, who were behind the Patriots' two best wrestlers in the lineup last year, Kyle Hillermeier and Eric Quartey.

There were a lot of wins lost to graduation, but there is talent that was behind last year's starters that have put in the work and are looking to make their mark immediately. It is a young team, but a team that expects to compete. With the solid core down low, if the newcomers come along, this could be a team capable of keeping pace with last year's win total.
2019 Roster

Any suggestions, questions, or feedback?